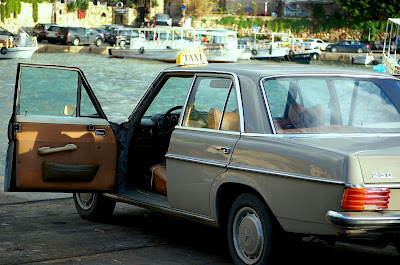 Published with permission from Karlremarks.


Firstly, the significance of latest ‘crisis’ to hit the Lebanese political system following the resignation of 11 cabinet ministers yesterday, and the de facto resignation of the cabinet that ensued, should be properly understood. The Lebanese confessional system appears to be exhibiting the symptoms of the law of diminishing returns: in the past this system used to function for a couple of decades in between major crises. This cycle how now been shortened to two years. By any objective measure, this system has now completely exhausted itself. Nevertheless, a viable alternative remains conspicuously absent.
Secondly, it is important to observe how both sides across the political divide have contrived to arrive at a standstill, purposefully avoiding taking decisions that would avert a crisis. It seems that both March 8 and March 14 were content to leave the country in a state of political vacuum in anticipation of the Special Tribunal for Lebanon’s awaited indictment in the case of the assassination of late Prime Minister Rafik Hariri. Rather than seeing this complacency for the stark abdication of responsibility that it is, many voices assert that either side ‘must know something we don’t know.’ This twisted political logic must be confronted.
The evidence: Prime Minister Saad Hariri and his political allies have effectively paralysed the cabinet for months now, for fear of a confrontation with the ‘cabinet opposition’ over the ‘false witnesses’ issue. Hariri extended his stay outside Lebanon at a time of turmoil, leaving his allies and supporters in a state of confusion and disarray. His presence in the US during this week reinforced the notion that the US was behind scuppering the long-awaited Syrian-Saudi deal that was expected to absorb the impact of the STL indictment. While I remain completely opposed to any outside intervention, be it Syrian, Saudi or American, Hariri’s behaviour seemed to indicate that he is placing his confidence in the US instead of other regional powers. No matter what the explanation is, this is not strong leadership.
The opposition: the cabinet resignations were the least disruptive option they could have chosen. I don’t mean this in a good way. Hezbollah and its allies are victims of their own high-pitched rhetoric: having agitated for so long and so vocally over the STL they were forced to ‘do something’ when the Syrian-Saudi deal fell apart. As it happens, they deliberately chose a course of action that instead of forcing a resolution would now ensure a protracted process of wrangling and accompanying political paralysis. They have wisely avoided street demonstrations, for now, as these would be likely to lead to violent confrontations in the current tense climate, but they had other options they could have exercised.
The ‘big unknown’ now is where does Walid Jumblatt stand exactly. The reason of course is that his 11-memeber parliamentary block could swing the parliamentary majority from one side to the other. As it happened, Jumblatt seems to be still negotiating a space in the middle, for the time being, his ministers did not resign yesterday despite his assertions that he is now firmly back in the Syrian camp. This is not a detail: we now have a parliament that is ambiguous in its constitution. Neither camp can claim legitimacy under these circumstances. Typically, the voice of the citizens is the first thing to be suspended in a time of a crisis.
Had the opposition had more self-purpose and clarity, they should have forced Jumblatt to choose sides and speed up the resolution of this crisis. The first option they had was to force a motion of no-confidence and bring down the government in the parliament. Despite the language used yesterday, this would have been the ‘democratic and constitutional’ option, not their weak mass resignations. Furthermore, they should have then used the parliamentary majority that Jumblatt would supply to govern on their own, nominating their own Prime Minister. Instead, they will now start a protracted process of arriving at a suitable replacement for Hariri while the country remains in limbo.
Typically, most of the analysis I’ve come across has focused on the minutiae of the situation, remaining oblivious to the fact that we’re in a system that cannot guarantee stability for more than a few months at a time. This is a self-induced crisis orchestrated by the political classes for lack of any real vision or sense of purpose, action through inaction. Attempts at rationalising this behaviour through tactical justifications are entertaining but meaningless diversions. The system itself is failing, and neither camp can be trusted to propose an alternative. Can we see this abdication of responsibility for what it is?
Look at the situation again: the Lebanese confessional leaders are failing to resolve their differences through their respective chaperons, but meanwhile they are content to suspend democratic mechanism and more importantly the voice of the citizens. (The ambiguous parliament). I suppose dissolving the parliament and having new elections so we know at least where we stand would be out of the question? The self-induced paralysis it is, then.