The Egyptian Uprising: On the Universal Aspiration for Freedom 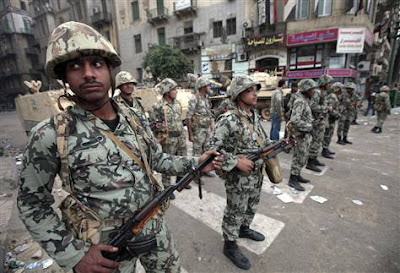 Published with permission from Karlremarks
The sheer exhilaration that I felt in response to the Egyptian uprising, admittedly as a voluntarily-implicated observer, has been somewhat dampened by the reaction of Western elites to this phenomenal display of courage and yearning for change. On the one hand, it seemed that the Egyptian people have managed, despite extremely adverse circumstances, to translate the universal ideals of liberty and autonomy into concrete political actions that have inspired millions around the world. But on the other hand it seems to have exposed how little faith in those very same ideals there is in the West today, as exemplified by the strange debates that are being conducted about the prospects of the Egyptian uprising. The most bizarre suggestion that I have heard is that this uprising somehow vindicates the neo-con position that democracy is possible in the Middle East! This confirms the impression that I had about the anti-Iraq War camp: its opposition to the War was not based on a principled rejection of Western intervention but on its lack of faith in democracy and liberty as universal values.
This position is normally phrased through the language of cultural relativism: we can’t impose our values on other cultures, we can’t pretend to know what’s better for other people, and the democratic model is not suitable for everyone. To be sure, many Arab intellectuals have fully absorbed this patronising outlook, ironically by uncritically accepting ideas that are fashionable in Western academic circles. The most blatant omission within such assumptions is that the problem here is not in the values themselves but in the act of their forceful imposition. Democracy can only thrive as a translation of popular will, and that can only develop within an autonomous framework. It is absolutely hypocritical of the West to pretend today that democracy is not suitable for Egypt, having interfered actively for several decades to prop up the Mubarak’s regime and support with large packages of military aid, and not see that as one of the key factors that worked against the development of the pro-democracy movement. The gnashing of teeth in Washington about the prospect of Egypt turning into ‘another Iran’, aside from being unjustified, is even more hypocritical considering the historic support that the US lent to Islamic movements with the aim of fighting the spread of communism.
The historical short-sightedness that afflicts the contemporary Western outlook towards the Arab world completely ignores the history of secular movements and uprisings there throughout the 20th century, and even more blatantly ignores the role of the West in combating the spread of those movements. The most pressing question for Western elites has now become whether it is possible for democracy to develop in Arab countries, feeding the scepticism and anxiety about the Egyptian uprising. Astoundingly, it doesn’t strike any of those asking this question that merely posing it is incredibly patronising, as if there is something about Arabs that is inherently opposed to democracy. Many will point to the victory of Hamas in the Palestinian elections and the victory of the Islamic Front in the 1992 elections as evidence that Arabs will inevitably vote for Islamic parties when given the chance. Aside from the obvious disregard for democracy that this suggests, it also ignores the context in which those electoral victories were achieved. Crucially, Western intervention had a role to play in both instances: by backing the authoritarian Algerian regime and by promoting the forcefully pushing the peace process that discredited the Palestinian Authority and led to popular discontent with its rule.
But what’s happening now in Egypt should be a reminder that democracy is a messy business, unlike the neutered version that European bureaucrats promote today. But Western elites can only understand democracy through the prism of the paternalistic version they have been promoting for decades and that’s why the un-predictability of the Egyptian uprising scares them. No one knows for certain what the outcome will be, especially given the frantic Western efforts to find a suitable solution that would maintain ‘stability’, but the brave actions of the Egyptian people today are the living embodiment of the universal aspirations for freedom and democracy. It is Western elites and governments that are betraying those ideals through their hypocritical and cynical attitude. The sheer arrogance of suggesting that people who are risking their lives by standing up against a brutal regime are not ‘ready for democracy’ is insulting and patronising. Western governments should stop lecturing about democracy now that their lack of belief in it has been starkly exposed.
But as one friend jokingly remarked, perhaps the West is not ready for democracy yet.