Everyone wants a piece of the revolution 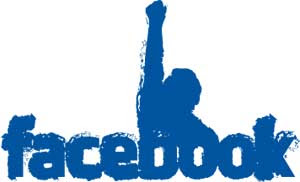 Re-published with permission from Lama's Scrapbook
Before we get into this, I'd like to clarify two things:
I am fully aware that the situation we are in is most likely the result of years and years of bad government policies and opportunistic behaviour by a select few.
I am even more aware that I will probably never make an impact in the real world, because my ideals are too extreme and frustratingly impractical.
Fortunately for me, and maybe unfortunately for you, technology has given me this platform to let my voice be heard, if only by a small number of people. I know that a lot of us are still high on the domino effect of democracy that started with Mohamed Bouazizi's desperate act of giving up on his country. Yet, we are struggling to find our own path, some of us asking for reform, others for a secular government. I am not quite sure, however, if we are just riding the wave of revolution or if there is a genuine desire (I had argued in an earlier post that I don't believe there is a real need) for change. Are we certain that we don't just want the desire to change, instead of change itself?
I look around me and all I see are individuals who are part of the system they want to change, benefiting from it and sometimes bending the rules when it suits their purpose. I see people demanding of their government economic reform, and asking it for more jobs for their followers. I see people lobbying for a secular government, claiming it's the other sect that is preventing it. I see people insisting on anti-corruption laws, and requesting a relative to make sure that their government application is processed quickly. And of course, time and time again, I see people ignoring others - in a queue, crossing the street, driving a car - as if they were not members of the same community they are seeking a better future with. I see you, because I am you.
The thing is, we can't ask for change, if we are unwilling to make it ourselves. So if any of us are serious about this revolution or whatever you want to call it, let's all take a long look at ourselves, and if we can't find anything worth improving, then we're not looking hard enough. And if what needs to be improved requires too much of a sacrifice, then we're not ready for it. And if we don't look at every single mistake, not just the ones that inconvenience us, as unacceptable, then we may never be.
You can join all the Facebook groups you want and retweet every piece of news you read, but the barrier of fear that was broken in Tunisia and Egypt is not the same as ours. Ours is much more difficult to overcome, because the enemy we fear is in us.

It seems to me that there is a Hidden Hand in play with all of these revolutions but the people are exploding from decades of abuse and deprivation by their "leaders". Every case is different but so far, there has been a great deal of life lost in the most deplorable ways. Go to the February17 site of the Libyans and see in graphic detail what is being done to those who dare speak out and their case is made for revolution. These people believe in something greater than themselves to put themselves in such danger. The big key is after the dictators have been removed, identifying where the Hidden Hand operates and nullifying it, else all will be in vain in the long run.

Brilliant Lama, thank you.
(Real)Self-criticism is not a Lebanese forte.
We are good at making jokes about ourselves, granted, but that's because we like fishing for complements.
And when we actually do self-criticize, we do it with a deeply unconscious assumption that when we say 'we the Lebanese', we actually mean 'them the Lebanese'.
Cause we (the godly 'we' this time) are perfect...
your post makes your point very well. we need more of those :)

Great headline! The understanding is the half of the decision: any revolution is corrupt and bloody because of the initial self-interest.