Down and Dirty in Jeddah 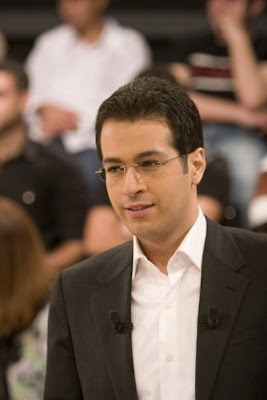 Sex is the ultimate taboo in any society. It is the subject that mesmerises audiences from Amsterdam to Tokyo passing through...Jeddah.

A storm has been brewing over the closure of the offices of the Lebanese Broadcasting Corporation (LBC) in Saudi Arabia following the personal on screen revelations of a Saudi citizen. Given the LBC’s obsession with ratings and the delivery of a competitive product in the murky world of Arab Satellite Broadcasting, it is no surprise that they chose to milk the subject of sex through their bold talk show ‘A7mar bel Khatt El 3areed’( Red in bold writing) fronted by a babyfaced rising star, Malek Maktabi. Having started as a propaganda tool for the Christian Lebanese militias in the mid-1980s, over the years, LBC has gradually shed any ambition of being a political messenger and has focused instead on winning the broader Arab market, where political debates (even in other countries) disturb and upset. The problem with that approach is that no debate on social issues can be apolitical, since the two are inextricably linked. Policies are dictated by society and in turn dictate social behaviour. The process is open and transparent in democratic societies but not in the Arab world. Debating sexual behaviour, domestic violence or religious beliefs is not only a challenge to patriarchal tradition and the moral authorities of the realm, but one step away from asking tough questions on the state of the economy, human rights and foreign policy. Individual liberties and political freedom go hand in hand; a fact that Arab regimes, may they be presidential dictatorships or religious monarchies, are very aware of and actively counteract. The means of control will vary from secular Damascus to conservative Khartoum and so far have proven successful. That said, it is no surprise that it was the Saudis who proved most sensitive to the sexual adventures of one of their compatriots. Religious dogma and politics are one in Saudi Arabia where the ruling family’s claim to power since their ascendance in the first part of the 20th century is inseparable from the domination of the militant group of Islamists known as the Wahhabis. Furthermore, the culprit is the LBC, a network with an ex-Christian identity now mostly owned by Prince Al Waleed Bin Talal, a Saud himself but not part of the ruling inner circle. Confronted with this explosive cocktail mix, the tenants of the moral order and political stability in the Kingdom had no choice but to act. The rhetoric on ‘negative cultural influences’ and ‘habits that are foreign to Saudi society’ were brought out for the benefit of the masses, who are unlikely to witness the excesses of their rulers in the clubs of London or the Casinos of Monte-Carlo.
Malek Maktabi will most likely be asked to down tune his program to less threatening topics, making it virtually unwatchable. May we suggest covering the Palestinian-Israeli for a change? At least we all agree we support the Palestinians, or is that denial as well?

May I suggest an interesting book about a little advertised event that happened in 1979, and which sheds light on the resistance to change and reform in the Kingdom as well as the strange union between the House of Saud and the Wahhabi establishment on another hand.

"The Siege of Mecca" by Yaroslav Trofimov, while doubtlessly romanticized is an interesting read.

Thanks for the recommendation Amer. Definitely one to check out.