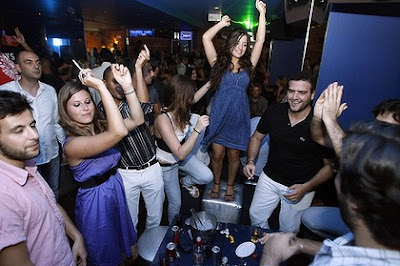 In her Nowlebanon article ‘Dangerous Liaisons: Lebanon’s culture of adultery’ Aline Sara seems to hint at some social phenomenon unique to Lebanon. This is in line with the conviction that many Lebanese hold in the uniqueness of their country in both positive and negative terms. Adultery is most likely to be as old as marriage itself and as ubiquitous. The visibility of the act and the consequences attached to will vary between cultures and within cultures, depending on the social or religious context. What many agree on is that post civil war a particular section of the Lebanese population has ceased to treat the issue as taboo. In contrast to neighbouring Arab countries, adultery has become a casual topic in stand-up comedy shows (chansonniers) and a subject of open conversation in trendy salons. This new state of affairs does not extend to the majority of the Lebanese but is most likely limited to the elite that dominate the cultural and financial landscape, occasionally dragging those who operate on its periphery. These ‘westernised’ elites have tended to acquire what they consider to be Western habits without necessarily accepting the wider context. One cannot speak of the evolution in sexual behaviour in Europe and the rest of the Western world without referring to 1968 and the social revolution that shook the establishment and challenged the moral order inherited from the 19th Century. Sexual liberation was only part of the picture and a natural consequence to the rise of the Individual whose priority is to satisfy his basic needs, whether through consumerism or the constant seeking of pleasure (Which in its extreme form was labelled the Sex, drugs and Rock’n Roll lifestyle). In parallel, long established dogmas on gender, class and race were also challenged shaping the way to the postmodern world we currently live in.
Now going back to the Lebanese. Most seem to have remembered from that era the Bellbottoms trousers and mini-skirts, while others briefly dabbled in drugs and/or progressive ideologies only to quickly revert to the most conservative of attitudes personally and politically once the streets had been taken over by gunmen in 1975. The rest of the 70s and 80s were spent surviving rather than in self-actualisation and self-discovery (refer to Maslow’s hierarchy of needs). This in my mind explains why the Lebanese seem to have undertaken their sexual revolution, albeit an amputated one, in the late 1990s. The loss of direction on so many other levels since 2005 and the feeling of stagnation that will invariably lead to a back to the future scenario have led to a nihilistic, short-termist approach to living and loving where hedonism features heavily. While it shares many features with the global ethos of the 1960s, this nihilistic hedonism is not liberating but auto-destructive. The people of this small disorientated nation are bound on making Love and War... while maintaining the veneer of traditional respectability.
In the article, the author further seeks the opinion of a local Psychoanalyst who claims that “Experts will tell you that presently, Europeans are increasingly returning to conventions and a traditional view of marriage, with more awareness of the damage of divorce, risks of AIDS and STDs, as well as the effects of a failed marriage on children.”
It is unclear who these experts are as the statistics on marriage in developed societies are alarming (that if you do believe that marriages are essential to a functioning civilisation) with consistently dwindling numbers over the past 40 years. In addition the latest research emphasises that the damaging effect on children is less the consequence of divorce than of  the conflict that accompanies the process, whether parents remain together or not. As a fellow professional, I would not have chosen to impose my moral views in formulating an expert opinion by misquoting research. I would argue that the problem here goes beyond marriage and adultery. The fact is that relationships in general, whether romantic or not, have been damaged in Lebanon and come to mirror the rotting political situation. This is a society  going through a painful transition with all the upheaveals involved. Nonetheless, I would invite the Lebanese to complete their sexual revolution as going back is rarely a viable option in human behaviour. Maybe something good would come out of it in breaking the psychological chains that have kept the country in a state of crisis since independence.