Citizens on the Edge of a Nervous Breakdown 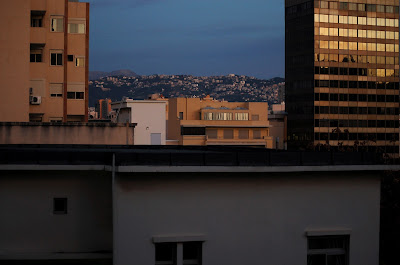 This statement could apply to many citizens across the Arab world. It could apply to the Egyptian voter who is contemplating a 97% domination of parliament by the political party affiliated to the Mubarak presidential monarchy. It could apply to the average Iraqi who had to wait 8 months for the formation of a government that looks suspiciously similar to the previous one. And so on and so on...
But closer to my heart and to my immediate concern, the Lebanese ‘citizen’ is facing a catch 22 situation like never before. For those who are not familiar with the expression it refers to a famous book by American writer Joseph Heller first published in 1961, which uses the context of military bureaucracy to denounce the absurd and irreconcilable choices inherent to modern humanity. The catch-22 (or double-bind) faced by the Lebanese relates to the Special Tribunal for Lebanon, set up by the UN to investigate the murder of former PM Hariri and other politicians. I have been trying to sum up the latest on the subject in one paragraph, as deconstructing complex subjects into meaningful digestible parts is the best way to approach them.
To sum up, a tribunal is set up and is accepted, with some reluctance, as legitimate by all major political forces. This tribunal works painfully slowly for over 3 years to deliver ‘the truth’, which is sold to us as some Holy Grail that once found would herald an era of reconciliation and stability. The opposition in the meantime goes about its usual business dropping occasional platitudes on its support for justice in its broadest sense. Early in 2009, information starts leaking over the direction taken by the investigation and its potential findings. Some Hezbollah members are apparently implicated. We are reassured initially that these are rogue individuals with a heightened sense of personal initiative. We then find out that there are quite a few of them. The Party of God’s response is to condemn en-block the tribunal, the investigators, the witnesses, the backers and funders, the UN, its Lebanese proponents and lately everyone who cooperates with it. Even more recently we are told that whatever the content of the indictment, it is void and null. In essence, Hezbollah and a large proportion of the Lebanese official power structure no longer recognise it as a judicial authority.
The speculation over the indictment is probably not baseless and the frustration sensed following the release of the BBC Documentary and the CBC piece on it indicate that the rumours are not far from the truth. And here are the possible scenarios from this point onward, not in any particular order:
-If the tribunal does indict these so-called Hezbollah members and the Party of God chooses to sacrifice them in a Syrian-Saudi brokered deal, the accumulating clouds slowly dissipate and we remain stuck in a chronic instability over the essential issues facing the country (The Resistance, Israel, the relationship with Syria, Palestinian settlement)
-If the tribunal does indict these so-called Hezbollah members and the Party of God chooses to launch a civil disobedience movement followed by military escalation, the accumulating clouds thicken and the country faces bloodshed that will be mitigated by the absence of a counter-force to Hezbollah’s military superiority. Follows a de-escalation process brokered by Syria and Saudi-Arabia that results in the same chronic instability mentioned earlier
-If the tribunal does indict some random characters, possibly a radical Islamist group not linked to Hezbollah or Syria, we move on to the next contentious issue and remain in chronic instability.
-If the tribunal chooses to disband itself, having wasted millions and kept us on edge for years, we remain in chronic instability
-If the actual killers, motivated by a crisis of conscience, surrender themselves to the authorities to face justice and thus saving us the suspense of the trial proceedings, we remain in chronic instability.
So where does this leave this average Lebanese citizen...
With a massive headache and a case of severe neurosis reminiscent of the 1981 play by Ziad Rahbani “Film Ameriki Taweel’ (Long American Film). As for defense mechanisms, in the absence of a defense strategy, Unconscious Displacement is a possibility. This could come in the form of a tactical but costly war with Israel, which might seem a lesser evil to some than a full blown intra Lebanese implosion...while real solutions are pending.