A Scandalous Lack of Scandal: Why Wikileaks failed to impress in Lebanon 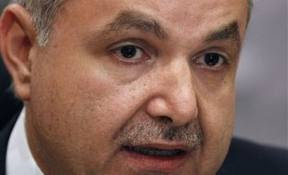 Republished with permission from Karlremarks


First things first: the attacks that brought down Al-Akhbar newspaper’s website today are a despicable action that is as pointless as it is stupid. Firstly, any hope of stemming the flow of information on the internet is a delusion and secondly those attacks will only reinforce the idea that the leaked information that Al-Akhbar published should be repressed. To me, freedom of speech in the Arab world is much more important than political disagreements and we should all support Al-Akhbar against those attacks.
Many people got really excited when Al-Akhbar started publishing the material it obtained from Wikileaks, predicting ‘catastrophe or even worse’ as I read somewhere. Such predictions reveal the astounding level of naivety that characterises many ‘commentators’ today, particularly the younger generation of bloggers who seem to be far more immersed in the online world that nurtured Wikileaks than in Lebanese politics. The real surprise is that some seasoned observers would make the same mistake of transferring the Hollywood world of Wikileaks to the Lebanese context.
For example, the general director of Al-Akhbar Ibarhim Al-Amin ‘wondered critically why Hezbollah has been silent regarding the scandal of Ilyas Murr in Wikileaks’, as As’ad Abu Khalil put it. If you have been living in a nuclear bunker for the past few weeks, the documents published in Al-Akhbar revealed that the Minister of Defence and Deputy PM Murr had given advice to Israel through American representatives on how to conduct an upcoming confrontation with Hezbollah, in addition to several other ‘juicy’ revelations. Al-Amin picked up on Murr hinting to the Americans that Imad Mughniyeh, a Hezbollah military leader who was assassinated in Damascus, masterminded the political assassinations of March 14 members. Al-Amin ended his article with a pertinent question about Hezbollah’s position regarding the leaks.
But what are the revelations exactly? Lebanese leaders conspire against each other with foreign powers? Big surprise! This has been going on since the country was established, and everyone knows it. In fact, given the routine accusations of treason and the usual conspiracy scenarios, some of the politicians came out looking a bit less conspiratorial than the public would have normally assumed. The suggestion that the Special Tribunal for Lebanon is politicised? Did we need the leaks to figure out that it was designed as a tool for political revenge and a stick with which to beat Syria?
But the real surprise to me is that so many observers still fail to comprehend the nature and limits of sectarian politics in Lebanon. The confessional system is based on mutual mistrust, it’s predisposed a priori towards the institutionalisation of suspicion. This is expressed in all the arrangements that mediate the relationships between the large confessions and that control power-sharing. But the system can only function under a veneer of politeness that decrees that these antagonisms should never be expressed in public and should always be referred to metaphorically. Thus, we must all pretend that the May 7 events were not a blatant sectarian conflict between Sunnis and Shiites, as you could easily find out on Youtube, but a ‘political’ conflict.
These well-nurtured relationships of mutual suspicion have always served to reinforce the power of confessional leaders, bringing them to the surface would in a curious way undermine this form of authority. Once the masks fall, there would be no way of managing those relationships through politics and the only option becomes war. Thus, when Al-Amin asks Hezbollah to recognise the leaks and act on them he’s asking for Hezbollah to wage war. Thankfully, Hezbollah’s leadership has the wisdom to avoid such a prospect.
Furthermore, those who expected the leaks to have a bigger impact have underestimated the extent to which the ‘solution’ to the STL indictment dilemma has now been handed over to the Saudis and the Syrians. The Lebanese factions have little control over this process now, aside from their ‘wish lists’ that they have left with their guardians in Damascus and Riyadh. Nothing else can explain the complicity of both political camps to maintain the current internal inertia in the face of the pressing urgency of this political impasse. We will no doubt a new distribution of roles once the dust has settled, ushering in a new era of externally-sponsored coexistence. The scandal here is not the leaks, but the miserable inability of Lebanese leaders to sort out their own problems.
But there’s a wider problem here that concerns the leaks themselves. Despite all the excited buzz we’re hearing about ‘the truth’, the leaks are not the truth. They are how American diplomats view the world. That in itself is not the truth about anything. Information on its own does not become a truth unless placed within a coherent narrative about what their meaning and significance is. Such narrative has been remarkable in its absence in this case. This is not to say that they should not be made public, but the mere fact of making them public on its own does not make them relevant without a coherent narrative.
And it’s in this last aspect that Al-Akhbar has failed to use the leaks in a meaningful way, it merely replicated what Wikileaks did on a smaller scale. Even the layout of the leaks page on Al-Akhbar resembled a shopping website instead of a newspaper: masses of data categorised for easy consumption. In its eagerness to modernise, Al-Akhbar has tended to replicate uncritically trends in the Leftist Western press at the expense of engaging with the Lebanese political context. It would do well to question its political affiliations in this scandal-resistant nation and perhaps look more critically at the events of the last few years. We have enough information to make judgements about Lebanese politics; what we lack is the principled stance not the data.
In solidarity, critically, with Al-Akhbar.