The Failed System and The Roaring Crisis 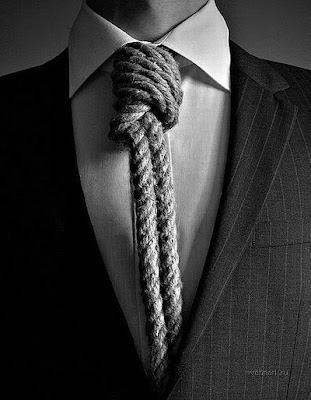 “The Wall Street that shaped the financial world for two decades ended last night, when Goldman Sachs Group Inc. and Morgan Stanley concluded there is no future in remaining investment banks now that investors have determined the model is broken”.
Christine Harper and Craig Torres, bloomberg.com, 22-09-08
The financial dinosaurs are finally realizing that we are simply witnessing the end of an era. The model that lasted for more than two decades is being dismantled, and it looks like the substitute is not yet in the pipe line.
The domino effect started with the credit crunch in the United States more than a year ago, and its direct impact in the financial field was predicted almost immediately by sensible analysts. High inflation rates driven by the flying energy prices and the global food crisis were a determinant factor in shaping the global dimension of the economic slowdown which spread from the US through Europe to affect seriously different markets around the globe. The current situation is one last episode in the bad economic saga created in part through a combination of economical and political policies that deserve a lengthy analysis. However it is important to pinpoint the invasion of Iraq as the starting point and its consequences as the main political engine to the economic crisis.
Beyond the fall of Lehman Brothers, the difficulties faced by Merrill-Lynch and the US governmental attempt to rescue AIG, it is the decision this week to reshape Goldman Sachs and Morgan Stanley into banks that is the clearest indication that the current financial model has reached its limit. It is such an irony to see these capitalist powerhouses expecting to be saved by public initiatives, in another word by an intervention of the state in the market. It is ironic because such big groups were the main promoters of neo-liberal principles criticizing and opposing any interference of the state in the economy.
A journalist colleague’s reaction after covering the events at the Lehman’s HQ in London was to echo the sadness of the “city boys” who were now facing unemployment for the first time in their life. Despite my best efforts, I couldn’t share his empathy for these young boys and girls, aged between 25 and 35, who had plans to retire at a very young age without any financial worries, because of the accumulated wealth in salaries, benefits and bonuses. My real concern was not for the young finance workers at Lehman but for the security employees and low-level administrators who earn salaries in line with the rest of us. They will now have to compete in a very difficult market to secure jobs that will guarantee them and their families a decent life in a time of recession and increasing cost of basic goods.
As for the young and dynamic category of investment bankers who have gotten used to playing “masters of the universe” from their glass towers, it is now time to come back down to earth with modesty and experience the reality of a life where your actions do have consequences. And it is also time for the specifically Arab elements among them to reflect on how they could use whatever skills they acquired in the interest of moving things forward in a Middle East they helped create through a combination of antisocial policies, while turning a blind eye to bad governance and colluding with dictatorships. It may sound like a wishful thinking, but who ever believed a Republican administration would be proactive in nationalizing Wall Street.

Email ThisBlogThis!Share to TwitterShare to FacebookShare to Pinterest
Labels: Bachir Habib, economy, US