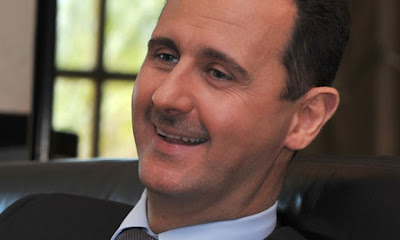 Let me start by saying that I do not really have access to any secret plans. Working in communications, I understand the importance of a teasing title in attracting readers. After all, yet another article about Syria and Lebanon can be as exciting as a report on our president Michel Suleiman weekly visitors.
That said, this article does compile some secret information: and by secret, I mean information you probably had no time to assess, even though it was all readily available. My job as a media analyst and “dissector” has taught me how to read between the lines of any political event: analyze semantics and cross information. My team and I use tools developed by social and media scientists, and these tools do unveil some secrets:
Syria’s approach to gaining more influence in Lebanon involves a constitutional change. Any political analysis of Lebanon and Syria’s regional role must take this into account.
Prior to the June 2009 legislative elections, Michel Aoun visited Syria. A few weeks later, billboards – orange billboards (Aoun’s FPM party’s color)- appeared in all of Lebanon with the slogan “The Third Republic”. Lebanon currently lives under the Saudi sponsored Taef agreement – that “ended” Lebanon’s 1975 war- the 2nd Republic. Any communication expert would tell you that no advertiser would put such a “pivotal” political statement without a direct recommendation from the client. The message- such a few weeks after the visit to Syria- was very clear: the March 8th alliance (pro-Syrian and Hezbollah, of which Aoun is part) was promoting a change in the constitution.
Lebanon’s Head of Parliament, Nabih Berri, is a Shiite political figure very closely aligned with Hezbollah’s politics. But Berri is more Syria’s ally than Iran’s. If Hezbollah represents the Iranian influence, Amal (Berri’s party) is Syria’s main ally. A shrewd politician, Berri is known for his double language. What he says is not always what he aims for. Semantic analysis of his speeches has shown quite a few references to the “need to change the way things are structured in Lebanon”. Berri’s repetitive calls for the end of the sectarian system – even though he is one of its main figures- further highlights his ultimate objective for changing the constitution. The frequency of these “system” speeches are actually correlated with visits by Berri’s main political advisor to Syria.
On the 13th of March 2011, the March 14th coalition (pro-Saudi Arabia and USA) held a major anti-Hezbollah rally in Beirut’s central square. Pro-March 8th media attacked the event and tried to portray it as a failure. Orange TV (Aoun’s television) estimated participants at 25,000, while Mustakbal TV (owned by Saad Hariri) at 800,000. My own estimate ranges between 250,000 and 350,000. Walid Joumblatt, the Druze leader that recently switched from March 14th to March 8th (and close to Syria), criticized the event as promoting sectarianism. Interestingly enough, his party’s website ran an op-ed that same evening, describing the rally as “highly successful”, and “showing that the weapons should never be used internally” (a direct reference to Hezbollah’s usage of its weapons in the local political conflict, the main point March 14th leaders were addressing). The ambiguity of Joumblatt’s position actually reflects Syria’s own little secret game: attack March 14th openly and severely, but without destroying them completely. This attitude highlights Syria’s real intentions to weaken March 14th while keeping them powerful enough to stand-up to Hezbollah (another Syrian ally, but under Iranian supervision).
Syria wants the conflict between the two sides to always require it’s intervention to calm things down (as reflected by the self proclaimed role of two close Syrian allies, President Michel Suleiman and Prime Minsiter Nagib Mikati), but for many reasons the current constitutional structure does not guarantee Syria’s long term control: Taef was built as a system dealing with Christian/Muslim equilibrium – with Syria’s military presence as referee. A new constitution will mainly tackle the current Sunnite/Shiite rift that is shaking Lebanon and the whole region, and Syria wants to continue playing the referee – even without the presence of its 30,000 troops.
This Syrian attitude is also reflected in its regional policies. Syria is the Iran’s closest ally (the Shiites’ main sponsor), but is trying very hard to get close to Saudi Arabia (the Sunnites’ main sponsor) and to the United States and the European Union. This attitude provides Syria with three key benefits:
- Regain control of Lebanon (by playing the ultimate referee between Sunnites and Shiites)
- Shield itself from any potential regional conflict (between Iran and Saudi Arabia – directly or through proxies)
- Make itself – and its regime- indispensable as a power broker in the region
To achieve this referee role, Syria needs to continue doing what it has always done best: let the left hand light the fire, so the right hand can intervene and turn it off. This is exactly what it is currently doing in Lebanon. The next fire will probably be a sharp rise in tensions between Hezbollah and Mustakbal (the main Sunnite party), and the constitutional change will be the water that extinguishes it. A Hezbollah war with Israel could be the sparkle.
The success of this strategy depends on another key factor: Hezbollah and Iran’s own ambitions. For the Iranians, Lebanon is just another fighting ground between them and the Saudis. Iran’s influence is reaching Yemen, Kuwait and even the Saudi oil rich regions (populated by Shiites). Saudi Arabia has answered by “invading” Bahrain (in a civil war status between Shiites and Sunnites). Syria’s next move will also depend on how Iran will play its Hezbollah card.
While this chess game unfolds, Syria is facing its own internal problems. Some protests (even though small) have been reported. Syria is not Tunisia, but then again who said Tunisia would ever fall that fast.
*Jihad Bitar is a communications, media and political analyst based in Beirut. Follow him on twitter @JihadTweet

I am glad you havent decided the share with us the list of President Suleiman's visitors, which I am sure is available elsewhere.

I agree grossly with your analysis. Syria's role in Lebanon is usually more active when it happens away from the media attention. The fact that Hariri and Geagea both ommitted Syria from their speeches could be considered conciliatory positioning in anticipation of that renewed role.

I personally cannot see a peaceful way out of this tension in the short term. As I have said in the past, the most likely way out is an escalation with israel, that could renew Hezbollah'legitimacy and provide the opportunity for the March 14th camp to 'redeem itself'in terms of nationalist and patriotic credentials.

In the longer term, the Division of the Lebanese into 3 major sectarian blocks (Sunni, Shiaas and Christians) is a consumated affair...so the constitution will be under pressure to vaildate it sooner or later.

I have had a lot of discussion with knowledgeable people who agree with this. The history of the Syrian system, at the days of Hafez el Assad, was full of example to splitting each party into 2 or more parts and play the role of the broker between them. The same people who used to run the old system, are still running it now. Your analysis is very accurate, up to the very end. I agree with you even more on the fact that the "problems" are starting to knock on the doors of the Syrian regime (same as the Saudi's and Iranian's regimes). If all those countries become democratic countries, the Lebanese politics would start to drift more towards real democracy and the simplifications of the overly complicated constitution can be done independently of outside intervention or influence.
The Lebanese constitution although not respected entirely, it is still a valid framework that allow change.
Thanks for sharing your thoughts

This piece is rich in over-simplifications and is as conspiratorial as some of the m8ers who blame everything on israel and the evil west. Different face of the same coin, almost.

One over-simplification is that ALL of m8 follow direct orders from Syria. While the zealots of m14 and m8 like to claim that ALL their respective opponents are tools of foreign regimes, reality is actually more complex and gray. How does one explain the clash between Aoun and Berri in Jezzine elections? Or the distinct positions of Aoun and HA on the Nahr el Bared issue? (only overly conspiratorial explanations can help).

That said, i wouldn't give too much credibility to the claim that the "3rd Republic" campaign reflects a Syrian demand to amend the constitution. Very far fetched conclusion that lacks any concrete rationale. Only in our backwards society do people spend their time making unsubstantiated links between a visit and a media campaign, or building arguments based on the correlation between an advisor's visits and statements in favor of changing the constitution. Sounds pretty unreal.

On that note, anyone who follows Lebanese politics closely would also know that Sami's Kataeb made many direct inferences for the need to amend the Lebanese constitution. Maybe he was also conspiring with the Syrians? What were his words correlated with, i wonder?

The only thing i agree with in this article is that Syria aspires to regain its influence in lebanon. But then again, this is old talk, that anyone would agree on.

What is unfortunate is that this article indirectly pictures anyone who believes that a constitutional overhaul is needed to move to a modern lebanon as a heretic... as if the Taef constitution was heaven on earth.