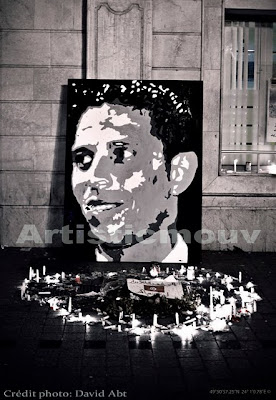 Two things are crystal clear. First, we are living through a truly historical and transformative moment in the Arab world today: a moment that will certainly shift the historical path of the region and consequently the world. After all, ever since a few thousand horsemen armed with a new ideology and the determination to spread it emerged from the Arabian desert to create one the largest, most enlightened and longest lasting empires the world has ever known, whatever happens in the Arab world has had deep repercussions on what happens across the globe. Second, these popular Arab revolutions are black swan events. No one predicted them and no one knows what they will lead to. Anyone who makes any prediction and ends being right, will have been right by sheer luck and pure coincidence, and not thanks to any piercing insight.
It is difficult to curb the excitement and the “I never thought I’d live to see this day” feeling when watching the Arab people, particularly Arab youth, rise against their brutal, and sometimes even insane, dictators and oppressive regimes with such fearless determination and exemplary courage. Many of us had dreamt of these days so much and with such futility that we learned to stop dreaming. Ten years ago, a handful of Arab youth, blinded by maniacal religious extremism into thinking that liberation comes through mass murder, caused most Arabs untold shame and despair. For ten years we Arabs have had to suffer the humiliation of being branded as terrorists by the rest of the world and as cowards by our dictators. And just when it seemed like all hope was lost, Mohammed Bouazizi the young poor and humiliated fruit vendor – literally – burned down the fear barrier. Shed of their fear, the Tunisian people opened the floodgates that are now sweeping all Arab dictatorships into the dustbin of history, where they belong. However, now that it seems like the fall of all Arab authoritarian regimes is a question of when, not if, it is perhaps it is time to start asking “what next?” Not predicting, just asking!
A revolution is a singular event; almost a singularity. It usually transpires in a relatively short amount of time and causes a seismic shift in the direction of a nation or society. In fact, when a revolution fails to occur swiftly, it usually turns into a civil war and/or protracted chaos, as had happened in Lebanon decades ago and may be happening in Libya today. In contrast, what happens after the revolution in terms of nation building and social transformation can be a slow, arduous and difficult process. Recall for example the years of tyranny, wars and upheaval that followed the French revolution, before secular democracy finally took hold. Arab societies today are not in need of reform; they are in need of rebuilding. Each and every Arab country today has had it’s borders created by it’s former colonial rulers and it’s political and economic system built and mismanaged by brutal dictators and their corrupt regimes. Illiteracy and poverty are rampant across the Arab world. The basic rights of women and children are considered a joke across almost all Arab societies and authoritarian, submissive, superficial and extremely irrational forms of religion (both Muslim and Christian) are the norm, not the exception. This is by no means a unique property of the Arab world. The secular democratic Europe that emerged from under the burden of the unholy alliance between absolute monarchy and a Mafiosi church was no different, and this should give us hope.
The new systems that will emerge in the Arab world will need not only to be responsive to the temporary aspirations of their people for increased political freedoms, but much more importantly, they will need to be responsive to their long terms needs. For there to be a new Arab renaissance the emerging systems will have to set egalitarian sustainable socio-economic development, universal education, women’s rights and the de-politicization of religion as their priorities. They will also need to bury another awful legacy of the departed dictatorships: the fear and suspicion of the other Arab! By way of simple example, today, I as a Lebanese, need a visa to enter Arab countries where any westerner can enter freely. The emergence of people power in Arab countries should result in the opening of the Arab world to itself. Just like the revolution spread across the barbed wire borders from the small remote Tunisian town of Sidi Bouziz through the now legendary Tahrir Square to the streets of historical Syrian cities, so must the development of the new Arab world. For we inhabitants of this beautiful and bountiful region are many peoples who share not only a common history, culture and language but also a common destiny. We have been very good at sharing our autocracies, suspicions and social and religious fundamentalism for over half a century. Sharing our freedoms, hopes, and cultural and scientific achievements should be far less of a challenge… and a far more pleasant exercise!

I do partly share your optimism. And we should be optimistic at finally the potntial for change unravelling,despite the doomsday scenario that are being circulated to blunt the movement across the Arab world.

But what is missing in your piece is the issue of mechanisms. Interestingly, you draw a parallel with the secular Europe that emerged through the 19th and 20th century.But the mechanism for progressive change (as opposed to plain change) in our case is still unclear, and I am concerned when I see people like you and others (and myself) finding themselves in the position of commentator and obeserver, rather than actor. That is surely not just a coincidence.

It is not clear to me why you see such optimism in the piece. It is true that I chose to strike a positive tone (hence the title) giving the article a superficially optimistic feel. However, the content is not optimistic per se. I think there are major challenges ahead, and I summarize them. I think these challenges are surmountable but this does not mean that they will be successfully met. Most likely in the foreseeable future some countries will succeed and others will fail

On the issue of mechanisms, you are right, but of course there is little space to go into such details with this format without risking losing your readers' interest. Plus, mechanisms of change are only clear in hindsight! Briefly, the mechanisms will differ between countries and groups of countries because the different Arab countries have followed different socio-political paths. The key common ingredients however should be sustainable development based on education and research, secularism and human rights and these should be shared across the Arab world. A sort of post-nationalistic pan-Arabism if you will.

Lastly, on the issue of participating rather than observing, you may be right, but I I have learned from personal experience with post-war Lebanon that each category of potential participants (should they choose to participate) has its role at a different stage of development. If any Arab country comes to a point where our expertise is useful, then people like us need to ask themselves whether they want to be part of the process or not. To illustrate my point, Ahmad Zuweil is far more useful to Egypt as a director of a research institute than he would be as a politician!

Having said this, I will march for secularism in Lebanon on May 17 ;)

nice article and comments!
one thing I keep thinking of is, democracy is the way on the long term and on the short term.
I think, for the people who are doing the revolution and succeeded in toppling the regimes like in Tunisia and Egypt, the most important achievement would be to develop a democratic system, with the reasonable respect of rights of the minorities and human rights, and allow the system to be changed through democratic means, and consequently people would vote for the good and against the bad, and politicians on the long term will be obliged to do what the people want, or try to convince the people otherwise.
I know there are a lot of drawbacks and a lot of ways to abuse democratic systems, but democracy is for now the best available choice, coupled with rights for the minorities and human rights.