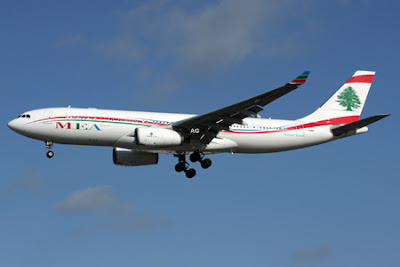 It is such an exciting time to watch the news in the Arab world. When the news of the toppling of Ben Ali and his regime in Tunisia came through, my first reaction was: Bringing down a bad politician is the easy part, replacing him with a good politician is the hard part. Initially, the news failed to excite me. I couldn’t feel the wind of freedom and was too sceptical it could spread. I only started getting excited when the Egyptian people rose to topple their president, and with the signs that movements in Libya, Bahrain, Syria, Yemen were following their example.
Yet my excitement was still tinged with a slight sense of envy. I wished something could be done in my own country, Lebanon. Around that time, a shy movement appeared in Lebanon consisting of youth that wanted to argued for a change of the confessional political system. A few vocal demonstrations took place, and still continue at a slower pace. Although I doubt they will be able to change anything in that direction. The number of those who oppose such reform is overwhelming.
Of course Lebanon is different. Compared to the thousands of secularists who took to the streets, the million citizen marches took place in a different context, the notorious year 2005 and the so called Beirut Spring. Over a million came to commemorate the assassination of Hariri and another million came to support his opponents.
There is a Lebanese exception in that we do not have a dictator at the top of the political system. For all their sins, our presidents are elected and leave at the end of their term. Despite the backdoor deals, our prime ministers still need to seek the approval of the majority of parliament members.We do have a democratic system, but our system is far from perfect. So when it comes to reform, we cannot revolt against one person that would embody the anger of the nation. It was relatively easy to get a vast majority of Egyptians to agree that they want Mubarak to go away. It’s not easy to get a majority of Lebanese to agree that any political side needs to be made accountable. The Lebanese are so divided, and this means change is at first look impossible. All the Lebanese agree that there is something wrong, but cannot agree on a solution or a direction. You can bet that any suggestion will automatically be opposed by the other half under one excuse or the other. It is our dilemma: we want democracy, but so far it has proven on balance to be bad for us
.
Faced with this, a possible strategy would be to find common ground between the overwhelming majority of Lebanese on single issues, and get them to rally for it. Something that touches the day-to-day life of people, a simple issue, not abstract values.
For example: A group of concerned citizen is now working to try open up the Lebanese airspace to fair competition, which could benefit us all. This is one amongst many more issues that can be improved, like cheaper mobile phone fares, and better internet connection.
I think the originality of the idea, consists in normal citizens, who do not have political aspirations, lobby for cheaper airfare to and from Beirut. If we can’t have our Arab revolution in one go, why not go for it piecemeal. An issue like this does have political ramification, but in the right direction. It is not a secret that many politicians have direct or indirect interests in MEA. So it is not unconceivable that they are keeping the monopoly in their own interest. In a more competitive market, the margins are smaller, and MEA would have to bring down their tickets price, and improve their service quality. And to survive, they might in the process get rid of the huge bulge of politically backed employees, who are poor value for money.
Why would this unite all the Lebanese, because even those who do not personally travel will have a relative abroad. So this would save them a nice sum yearly. I see no reason why a ticket from London to Beirut is £600 while it can be as low as £100 to Cyprus. This is an issue that would unite all the Lebanese no matter what is their social class, or political affiliation, or religious affiliation. Besides, for people living not far from Lebanon, this means it becomes affordable to go back home for the weekend and contribute further to the local economy.
On the other hand, this is an issue that might unite most of the politicians from all camps...against it. You can see now how this is edging nearer to the Arab Revolution? We manage to unite all the people against all the politicians on a single issue. But once this issue is resolved, others can follow with an established mechanism in place. Think mobile phone fares (highest in the world) or slow internet (slowest in the world) etc. As a consequence our life as Lebanese is improved.
And by fighting a corrupt system, we would be encouraging our politicians to change or perish.
Going back to the practical aspect...
As a first step, a meeting is taking place in London with a few young professional Lebanese people to discuss a suitable strategy. Hopefully we will be able to announce the launch of a campaign and get the ball rolling.
We will have our own revolution, without having to answer questions on the Special Tribunal for Lebanon or on Hezbollah’s arms. We don’t have to debate the things that divide us to bring the changes that unite us.

I loved it Charbel! Let me know when you want to Launch it, i'm in! But as you said please let's keep politics behind and I would suggest a different Campaign and Website. Cheers mate!
Etienne

To travel is to discover that everyone is wrong about other countries.