Why Syria’s Christians Should Not Support the Assad Regime 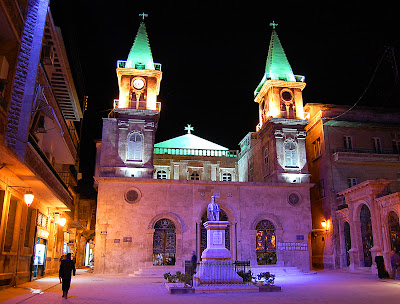 very very nice article!
"Would he? or, indeed, can he?"

I think this question was valid a few weeks back before "invading" Daraa, now it's too late for that....

I must say I learned a lot of things about the Syrian law, I wasn't aware of.

Why waste time with hypothetical arguments? Just look at how the Christians of Iraq fared when popular democracy "greeted" them...60 churches and 2 archbishops have been annihilated..

It is the church heirarchy that is responsible for the safety of their flock...they just have to look east and know that the stability of the current regime is the only answer for the survival of their ancestry and faith in Syria. Too bad the churches in Iraq didn't follow suit...

Im not sure i get your argument.

What was expected from Iraqi churches? Iraqi Christians did support Saddam from many years and paid a hefty price for it.

The stability of a bloody dictatorial regime is tenuous. And staying silent in the face of injustice and suffering is unchristian. Or isnt it?

Although I respect your laws of land, I still believe that at this time and generation, women should have equal legal rights with men. A family will always consist of a man and a woman. Both gender have equal opportunities in building a conducive home to live.