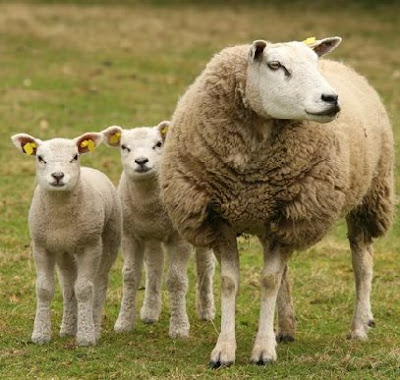 Xenophanes suggested that men (yes, men) arbitrarily attributed human-like qualities to gods:
“But if cattle, or lions, or horses had hands….then the horses in drawing their gods would draw horses; and cattle would give us pictures and statues of cattle; and therefore each would picture the gods to resemble their own constitution. Aethiopian [sic.] gods–snubnosed [sic.] and black, Thracians—blue eyed and blond.” It certainly was (and is) an ancient genius insight by Xenophanes: we created gods in our image and not vice versa.

In a new millennium, a new century, and in the golden age of science and technology one would’ve expected religious fervor to start a gradual decline. Unfortunately, judging by the first 8 years of the new millennium, religious extremism does not seem to be declining. One would have liked the global financial system to have fared as well. How can we explain that (if at all possible)?

One clue to the answer is that in science and technology we no longer believe (and may laugh at) what we believed 50 years ago, while in religion people still believe what was believed 500 or even 5000 yeas ago. So, what is religion’s secret in immunizing itself against change?

Here is one clue. By the time most children reach at the age of abstract reasoning–the consensus is that it is by age 12, but one may argue as late as 20 or never in some cases–they typically would have gone through as many years of education and indoctrination. The process of education/indoctrination may have other names as well: instruction, acculturation, socialization, assimilation, tutoring, rearing, upbringing, etc. The essence, however, is the same, creating a future adult in our own psychological image: believing what we believe, behaving as we behave, and carrying on our legacy and tradition.

There is nothing more insulting to the mind than to ask of it not to reason at all. Reasoning is one of the defining attributes of the human mind, arguably it is what makes us who we are. To ask of the mind not to think and to blindly accept what it is being told is to ask it to stop acting as a mind. It might as well be a programmed computer. Children learn what are taught by the adults around them. They are trusting, innocent sponges who will absorb what typically they have no choice over, they trust adults because that’s what evolution had programmed them to do. They can’t go it alone, so they accept what is presented to them as facts. They are taught to believe in the unseen (they are told to call it faith). Children are taught the ideology of the parents and other grown ups, what is right and wrong, true or false, good and bad or evil, etc. By the time the child reaches an age of independent reasoning it is difficult to undo all the previous indoctrination.

Dawkins and Hitchens rightfully argued that indoctrination amounts to psychological/emotional child abuse. Correcting errors of logic (well-intentioned as they may have been), and undoing the harmful effects of dangerous instruction and negligent lack of instruction may be an extremely difficult task (or may be even impossible).

Deliberately creating an identical human to us with the same exact genes (i.e. same hardware) may be an ethical sin (or not), however, it is a greater injustice and more unethical to create an identical psychological copy (i.e. software) of ourselves. Unfortunately, while physical cloning is debated frequently by bioethicists, psychological cloning remains very acceptable (if not even encouraged). Where do we draw the line?

Our education becomes indoctrination and psychological cloning when we teach kids absolute obedience and submission, when we teach them to accept dogmatism without questioning, when we instruct them that doubt is a sin punishable by extreme forms of torture, when we neglect to teach them skepticism and free thinking, when we neglect teaching them alternative views, humanistic multicultural views, multinational views, scientific curiosity, when we neglect to teach them that looking for evidence is imperative and not a sign of being unfaithful. Yes, belief without evidence may be called faith but it may also be called brainwashing, psychological cloning, indoctrination and psychological abuse.