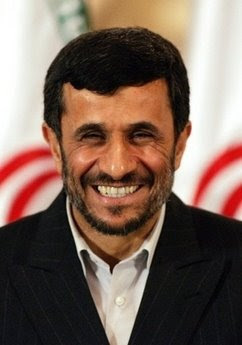 The Iranian theocracy is a regime ‘against nature’; one that defies the basic aspirations of human beings for freedom and emancipation. In a way, it is no different from the Soviet illusion, which seemed unshakable for decades only to collapse overnight like a pack of cards. These regimes shared a similar path, from popular revolutions against a Western backed Monarch they turned into authoritarian leviathans promoting the interests of a small group of self reproducing autocrats. The Soviet Union survived 70 years, despite its gross internal contradictions, buoyed by the International struggle against capitalism and its excesses. The US, The Pope or Radio Free Europe might be credited with its accelerating its demise but the reality is that it was the ordinary citizens of Russia, Romania and Poland who brought the rotten carcass to its knees, once it became obvious that the propaganda would never deliver happiness, wealth and the promised ‘new socialist man’. The 1979 Islamic Revolution in Iran might have changed the world and introduced a new dimension to International politics but it has failed on one essential account: Changing the character of the Iranian beyond recognition. From under the veils and behind the Beards, has emerged that same Iranian who still asks tough questions and expect reasonable intelligent answers from a regime he has supported against all odds since its inception. The future will depend on the ability of the institutions to answers these questions without shaking the foundations of the ‘Wilayat Al Faqih’.
Taking the comparison between the Soviets and the Mullahs further, one could argue that the grievances against Ahmadi-najad are the tip of an iceberg of objections against the principles of the Islamic Revolution itself and the restrictions it imposes on personal freedom. From there to concluding that a counter-revolution is imminent is a giant leap. The result if the elections might just be an excuse for initiating this movement , the fruit of years of frustration among a section of the youth, specifically the educated lot that resides in the comfortable suburbs of Teheran and is wired to the world wide web through Twitter and Facebook. This is a vibrant section of the country that should certainly be reckoned with, but they are probably a visible and noisy minority. This is a repetition of the heavily mediatised anti-Chavez rallies in Caracas a few years ago. Organised by the discredited elite and attended by the cosmopolitan middle class, they showed a selective but hardly representative image of Venezuela. It is interesting that in their coverage of the recent events, few foreign correspondents mentioned the fact that pre-elections polls had predicted a win for Ahamdinajjad (even the Washington Post had predicted a 2:1 defeat for Mousavi)(Read the BBC’S Jim Muir. Even fewer ventured outside of the capital, possibly due to security concerns. The fact remains that high turnout could have easily been a further reaction to what many considered blatant interference in internal Iranian affairs by a biased International press. And so far besides vague accusations of a ‘charade’, the opposition has failed to publicly denounce any specific instances of fraud that could explain the 63% figure claimed by the incumbent. In a typical display of ‘Persian pride’ an Iranian expat in New Zealand contacted the BBC to explain the reasons behind her casting her vote for the vilified president: The economical program and Iran’s security. Plain and simple: No pressure, no intimidation... just misguided support for a controversial figure.
The demonstrations are inevitably the start of something, an awakening perhaps that will hopefully be followed by a process of political maturation. But talk of a pro-American ‘democratic’ Iran is wishful thinking limited to western powerhouses and their media outlets...these same outlets who brought us the ‘liberation’ of Iraq and the ‘pacification’ of Afghanistan.

Dear Author www.arabdemocracy.com !
Has casually come on a forum and has seen this theme. I can help you council.