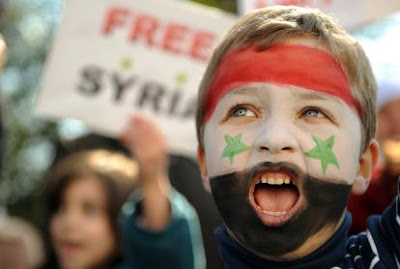 Jihad,
Your analysis is overly pessimistic; or maybe because I am Syrian, I cannot afford not to be optimistic. I really do not think that the sectarian divide in Syria is as deep and entrenched as it remains in Lebanon. In the last decade there Sunni who have benefited from Bashar and like the status quo whereas others from the minority sects, including Alawis, who are dissatisfied with Bashar. As someone who has spent most of my formative years in Lebanon, I can say that, unlike Lebanon, a large percentage of Syrians see themselves as Syrian first and consider their sect as their secondary identity.

I agree with you that Syrians have more national pride than many others in the Arab world! And certainly more than Lebanon.

But I would add to this two points:
1) Unfortunately sectarian divides are always hidden. Fear can wake up many demons.

2) My analysis is a scenario analysis. I am not saying this will happen, but more a what if analysis type.


I would also add concerning Daraa, that it is a "tribal" (a3chair) based city: that is important in the analysis also, as when a3chairs start revolting in the Arab world, the whole structure is shaken.

So good topic really i like any post talking about Health Articles but i want to say thing to u Health not that only ... you can see in Health ideas Contusions and more , you shall search in Google and Wikipedia about that .... thanks a gain ,,,


I'm more than happy to uncover this site. I wanted to thank you for your time for this particularly fantastic read!! I definitely loved every bit of it and I have you saved as a favorite to look at new stuff in your blog. all of craigslist