The Christians as a Minority 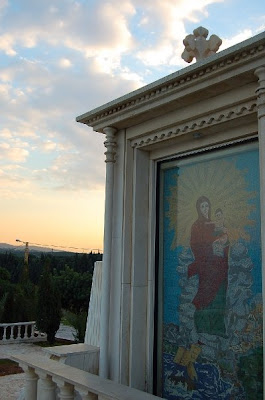 I was brought up believing that we, the Lebanese Christians and at their core the Maronites, would never become a minority. That we would dominate this landscape for eternity, if not numerically then politically and economically. I was brought up believing that our religious and cultural links to the West would guarantee us its tutelage in the face of the surrounding threat.  We had lost martyrs: young men and women who had given up their lives repelling the Palestinian guerrillas and their Muslim proxies bent on destroying our ‘way of life’. This was alas a delusion and the disillusion that followed, as the civil war ended in 1991, was a painful one. The irony is that those who created and fed us that delusion are today still in charge of our fate. In a continuation of the fratricide war of the late 80s the Lebanese Forces and the Free Patriotic Movement are today fighting it out over ‘Christian representation’ in the sectarian bazaar that has characterized the country since 2005. The events over the past Two years indicate clearly that Christian politicians have become marginal bystanders with occasional cameo roles. The Christian political scene functions as a side-show to the essential confrontation slowly building up between the Hezbollah-Amal tandem on one hand and the Sunni bulldozer of the Hariri clan. This side-show loses its importance as soon as the confrontation moves to the main stage, as happened in the streets of Beirut this last May.  As soon as the militiamen from both sides took over the streets of West Beirut, The Christian sections of the capital and the surrounding heartland became a haven of tranquillity. Michel Aoun and Samir Geagea lost their panache and summoned their supporters to order.  The same scenario was replayed during the clashes in Tripoli with both sides settling for vague condemnation of the turn of events.  The Doha accord altered the political discourse between government and opposition, with a return to a more muted tone with criticism by innuendo. The reconciliations followed between the PSP and its Druze counterparts, The PSP and Hezbollah, Hezbollah and Al-Mustaqbal, Al-Mustaqbal and Alaouite dignitaries in the North. Interestingly this is the time that our Christian heroes, buoyed by the prospect of parliamentary elections in 2009, decide to revert to insults, accusations and counter-accusations opening the dirty files of the civil war and scuppering all attempts at building bridges. Occasionally this degenerates into lethal skirmishes as recently in the Koura region. Nonetheless, the self-assigned importance claimed by all Christian factions is a symptom of the delusion mentioned earlier. While it is true that the fate of the next majority will be decided in Kesrwan, Jbail and the Matn, a win for either party will have the only function of reinforcing the position of their allies until the next flashpoint. Revelling in the nostalgic themes of the Christian Resistance in its less than glorious stages from Suleiman Franjieh in Amchit to Michel Aoun at the French embassy through Samir Geagea in Deir el Kamar will not change the fact that the Christians in 2008 lack a vision for the country and are starting to feel the effect of their minority status. Challenging the sectarian model might be the only solution.