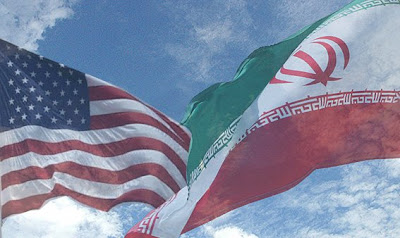 The supporters of the Syrian regime in Lebanon argue that Syria is not in a hurry to make peace with Israel, nor is it in a haste to normalise its relation with the USA.
The USA is in the quagmire of the economic backlash that is casting its dark shadows across the whole world, and stalling its imperial project. These circumstances, along with the imminent threat of Iran and the ever growing power of Hizbullah, render Israel unable to make any individual decision without consulting with Washington and thus fearful of a confrontation.
As for Syria it is benefiting from Russia's resentment to seek military support, reviving the Port of Tartoos and reestablishing Russian political influence in the Near east. Not to mention the military support of Iran that protects Syria from serious danger.This means that Syria does not need the US or Israel because they have nothing to offer once the normalization is in gear and the peace treaties signed.
In addition, the Baath Regime is in no hurry to reestablish its military presence in Lebanon now that it regained its political leverage there through its allies, namely Hizbullah and Michel Aoun.
All these arguments sound logical and plausible.
The American project in the Middle East is in trouble, and the parties that gambled on its success especially in Lebanon are suffering from disillusion. Their Regional allies seem to have redirected their support to the Islamic militias in the course of their open war against Iran.This is only a glimpse of the general picture…
But the people who really care about the future of Lebanon and the region, and those who call for true democratic reforms, social justice as well as for maintaining the struggle against Israel on the basis that it is at the heart of the national liberation movement, perceive the alleged Iranian Syrian victory as an additional blow to their efforts.
Yes we are defeated because Iran and Syria on one hand and the USA on the other work to destroy every chance of a democratic project.

We are losing the fight without any confrontation. We have no choice but to regroup and reunite, moving from the margin into the heart of the battleground with the intention to fight with our own weapons and our own values. Otherwise we might as well be consigned to the ‘Rubbish Bins of History’ as the old Leftist expression goes.