From Algeria to Costa Rica: A journey with Palestine 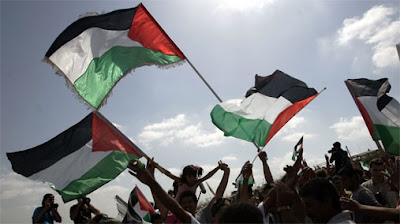 Costa Rica is a Central American country bordered by Nicaragua from the north and by Panama from the south. The Caribbean Sea lies to its East, leaving its western borders to the pacific. Its national language is Spanish. Although this country is very remote from our Arab world and barely makes the headlines, except during football world finals, it took an unprecedented step in February 2008, which I struggle to explain! The Government, presided by the Nobel Prize winner Oscar Arias Sanches, recognised the Palestinian state and initiated diplomatic relations despite angry Israeli opposition. Hence Costa Rica joined 105 other countries, mostly ones that used to be in the socialist camp, that have recognised the Palestinian state since it was declared by the late Palestinian president Yasser Arafat on the 15th of November 1988.
I really do not know what pushed the government officials to recognise a state that does not exist. May be they have not heard of the Oslo Agreements which set the base for the “Palestinian Interim Self-Government Authority” in the West bank and Gaza. Nor did they hear of the Israeli objections to this agreement enacted through the dismantling of the Palestinian authority apparatus, the creation of new settlements and erection of the Separation Wall.
Let us go back in history to Algeria in the autumn of 1988, in the midst of the first Intifada, to the National Palestinian Council meeting attended by the majority of resistance leaders after the stone throwers forced unity upon them. At this meeting the late Arafat stood on the podium and declared the independence of the state of Palestine. I would like to seize the opportunity to quote from a section of the independence declaration which I find very important:
"The State of Palestine is the state of Palestinians wherever they may be. The state is for them to enjoy in it their collective national and cultural identity, theirs to pursue in it a complete equality of rights. In it will be safeguarded their political and religious convictions and their human dignity by means of a parliamentary democratic system of governance, itself based on freedom of expression and the freedom to form parties. The rights of minorities will duly be respected by the majority, as minorities must abide by decisions of the majority. Governance will be based on principles of social justice, equality and non-discrimination in public rights of men or women, on grounds of race, religion, color or sex, under the aegis of a constitution which ensures the rule of law and an independent judiciary. Thus shall these principles allow no departure from Palestine’s age-old spiritual and civilisational heritage of tolerance and religious coexistence”.
This declaration crowned decades of armed national resistance, and long years of tiresome fighting which the "Fedaiyeen" embarked on. It also consecrated the revolutionary heritage embodied in the literature of the Palestinian struggle in general, and in the stated goals of the resistance which merges national freedom and personal freedom.
The Palestinian state which was declared in Algeria would be a democratic state, a state of freedom, a state of women rights, and equity among all its citizens, a secular state and not a religious one.
The declaration was written by the late poet Mahmoud Darwish at the time a member of the PLO’s executive committee using carefully chosen words. It came to assure us that the Palestinian revolution although it dropped its claim over the entire territory of historic Palestine was not willing to compromise on its democratic and liberationist essence.
Today, I can only say that the Palestinian issue is alive. It still embodies a lasting struggle between the urge for liberation and tyranny in all its forms. I say that regardless of everything that happened and is still happening in Palestine:
The two states solution becoming unconvincing in the shadow of Israeli vaunting and International silence.
The fratricide slaughtering taking place between Palestinians.
Fateh is no longer Fateh and the PLO is no longer the PLO.
Hamas using money from sources in Iran and the Gulf to change the nature of the conflict in contradiction to the spirit of the declaration: Palestine is a young secular democratic country.
The haste of "moderate Arab countries" to end the struggle, which is as disgraceful as the phony and impudent statements of the ‘Arc of Resistance’.
The repeated mistakes committed by the Palestinian revolution and its leadership leading to the current stalemate.
I say that the historical necessity of the slogan of a democratic Secular independent Palestine imposes itself because only it can exhaust the occupant and terrify the Arab tyrants. Because a free Palestine means a free Lebanon and a free Syria as well as a free Egypt etc. It also means freeing the Jews from the captivity of their racism. Finally it will allow the world redemption for having allowed and orchestrated a Century of injustice towards the Palestinian people.
I can only thank, in the memory of the late Arafat and the fallen martyrs, the free people around the world and the 105 governments that recognized the state over the years. a special salute to Costa Rica which alone reminded us this year that we did declare independence 10 years ago in Algeria.