US Elections and the Vacuum Abroad 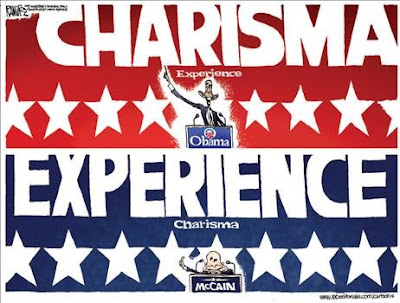 The US presidential elections taking place on Tuesday are the major political event closing the year. On the interior American front, there will be a real political change no matter who will win. However, in the event of an Obama victory change will definitely be more radical.
The outcome of the elections will also be reflected outside the United States and shape in many ways the international political scene. We are then witnessing an election that will bring to power an Administration that will redefine the image of Washington. The Middle East and its issues will be the first affected. This has aroused the interest of the Arab media and press in these elections with extensive special coverage of the campaign.
From being at the heart of both campaigns in the early days, the Middle East has taken a step back and been replaced by the economy, especially since the financial and economic crisis took a turn to the worse.
The three main Middle Eastern fundamental questions on hold since late summer are: The Iraqi question, US – Iranian relations and the Peace process (equally waiting for the outcome of the Israeli general elections expected early next year).
The political actors in the region are not wasting time; they are preparing their files and studying the options for the new phase ahead. The ideological Bush Administration is leaving and being replaced by pragmatics from both ends of the spectrum.
Syria who has very carefully managed indirect talks with Israel has already declared that there will be no direct US sponsored talks with Tel Aviv as long as Bush is in power.
Iraq is holding its breath. In Baghdad, despite a positive attitude toward having a Democrat in the White House and the promise of a prompt pullout from Iraq, there is fear in some political spheres regarding the future, certainly with a personality like Joe Biden as Vice President (Cf Biden’s Plan for Iraq)*.
On the Iranian side, where many improvements have been noticed lately regarding Washington – Teheran relations, there’s a “wait and see” strategy operating, but Teheran is holding its cards strongly. The two main cards being the Iraqi one (where the future of the US-Iraqi security agreement resides) and the nuclear one; both inextricably linked due to successful Iranian tactics.
Finally, however important this election is for the Middle East, it will probably herald a temporary vacuum in the Region while the new administration is investigated and approved by the parliamentary commissions. This period may take a year or even more, but will be hopefully followed by a new era characterized by less tension, less violence and well thought through policies based on pragmatic calculations of political interests.
But violence is always an option to all involved in this turbulent region, essentially when the political process fails to serve strategic and national interests.

Email ThisBlogThis!Share to TwitterShare to FacebookShare to Pinterest
Labels: Middle-East, politics, US