The Dangers of the 19th Confession 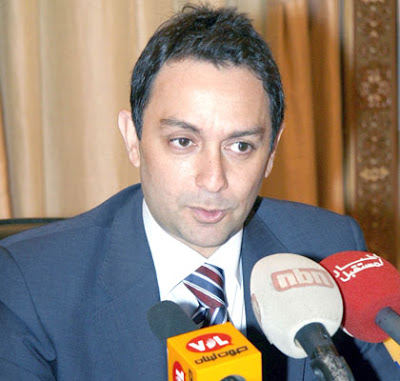 For those who care to know, The Republic of Lebanon officially recognises 18 religious group (12 Christian denominations, 5 Islamic and the Jewish faith). Every Lebanese has to belong to one of these faiths to live a fulfilling life. Thus the relationship of the citizen to the State is very much mediated through the sectarian group he belongs to. This relationship goes beyond the usual social regulations to the legal and political framework. From family law to parliamentary elections, the Lebanese individual is subjugated to the laws of a community he has rarely chosen. This was apparently always the case with little hope of change in the near future.
The path to reform
The situation appeared bleak ,until that is… Mr Ziad Baroud appeared on the scene. Two weeks ago, this young activist turned Interior Minister applied, in a stroke of a pen (and genius?), the constitutional right for the individual citizen to remove any mention of a confession from identity cards, birth certificates and related records kept by the authorities. Initially, this surprising simple initiative was greeted with some degree with disbelief in an effectively ghettoised country where religious intolerance is on the rise and the sectarian identity trumps all others. Ironically, this bureaucratic decision can be better understood in the context of Mr Baroud’s own path to the political arena from the heart of civil society. This apolitical phenomenon took over campaigning for a unifying voluntary civil code from a coalition of secular political parties under the banner of the National Movement headed by the late Kamal Joumblat. Reform blended into a failed revolution and with the disintegration of the country, the secular dream was relegated to the cellar. In times of war, the instinct of survival favoured the emergence of ‘federalist’ views which praised segregation in all aspects of life as a guarantee for civil peace for all. As the country recovered in the nineties, another unlikely reformer, late President of the Republic Elias Hraoui, attempted to change the law to allow civil marriages on Lebanese soil. The faint voices of support came from an enthusiastic eclectic mix of liberals and left-wingers with little mobilising powers. They were quickly drowned in the sea of insults and threats emanating from various religious figures in the Islamic and Christian spheres.
This religious counter-offensive did not come as a surprise to the select group of Lebanese who view the confessional system as a straight jacket preventing the social advancement of this small but problematic country. Many more of their compatriots will also lay the blame for years of bloodshed on its political component that has so far only generated inequalities and resentment. In my opinion, the cause-effect relationship is unclear and the constitutional framework know today as 'political sectarianism' is a natural progression from the heavily segregated society that developed under the auspices of the Ottoman Empire, which ruled the Eastern Mediterranean for centuries. Confessional structures in parallel with feudal and tribal ones were reinforced and encouraged in order to mediate the relation between the Ottoman Sultanate and the tax payer. The French colonial rulers that followed redesigned the land and redefined the system to suit their interests.
Shades of Anti-Sectarianism
Consistently since independence in 1943, the rigid confessional system at the basis of the constitution has been opposed and criticized by many from various backgrounds on the political spectrum. At the risk of oversimplifying I will break down its opponents into two groups: The 'selective anti-sectarians' and the 'secular anti -sectarians'. While the first group was keen to challenge the privileges bestowed on the Maronite Christians, their behaviour since the shift in the balance of power reveals a manipulative approach where the systemic domination of one sect is replaced by the unconditional dictatorship of the majority. One prominent critic who fits in this category is the Speaker of the House Parliament Mr Nabih Berry, who has been clamouring through his Amal Movement for the end of 'political confessionalism' since the mid 1970s. But the words of Mr Berri and friends can only be viewed with scepticism since their behaviour in power have shown that sectarian clientelism lie at the heart of their conception of the state. The other group is made up of remnants of the Communist and Socialist left in addition to unaffiliated liberals and the right wing Syrian National Socialist party (SNSP). Although in disagreement over a number of political issues over the years these forces have maintained their status as beacons of secularism in an otherwise dim horizon.
Dangers Ahead

Before I go further I should highlight that I am all praise for the brave move by Mr Baroud whatever his motivations. If anything he has placed many of us 'secular anti-sectarians’ in front of a real dilemma, as opposed to years of reflection of hypothetical scenarios. Should we take the leap and remove any mention of our sectarian background from the records or not? This is ultimately a personal decision although as exemplified by Bishop Gregoire Haddad it is in no way a renouncement of faith by a Muslim and Christian. In effect it is only denying the state access to ones belief. That said the political implications of this simple procedure remain unclear. In a country where parliamentary seats are allocated to the 18 confessions, would the lack of it consign one to the category of 'minorities' in terms of voting and election to public office? If that is indeed the case then caution must be advised. By erasing any sign of sectarian belonging, the reformist few will rule themselves out of the political arena delaying the possibility for true root and branch reform of the antiquated system plaguing this country. It is interesting that so far no major political force has publicly and actively endorsed the implementation of this legislation. A well structured and publicised campaign is essential if removing your confession from official records is not to remain an isolated personal choice with little public benefit in the short to medium term.
If nothing is done the new initative will at best lead to the establishment of the 19th confession or confession X: a place restricted to the liberal intellectual elite and the ideological hardened secularists, cut off from a majority dominated by the conservative, the national religious and the fundamentalist. Mr Baroud’s ministry should endeavour to clarify these grey areas and make clear and concise information available to those wishing to make an informed decision on the matter. However popular it proves to be, it can only the beginning in a series of steps to establish the healthiest possible relationship in a national framework, one where the rights and responsibilities of the individual are towards democratically run state institutions.

Good for Mr. Baroud, he seems to be me of a different cloth than other Lebanese politicians. But you are right, making it optional marks those who choose to have their religion stricken from their official papers.