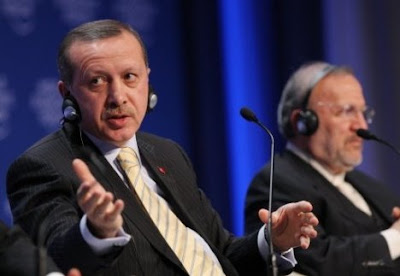 Excellent article Bassem and very revealing on the internal political situation in Turkey.

I liked your comment on the Turks' delayed response.

Erdogan is praised as leader and a hero across the Arab world, when this dramatic 'stand'didnt actually cost him anything. He wins the Arabs without losing the Israelis (No diplomatic or major bilateral consequences) and the West. In this he emulates Kaddafi who is a master at making the headlines with symbolic gestures.

But symbolic will not bring back Palestine