Is Muslims' Treatment of Women Islamic? 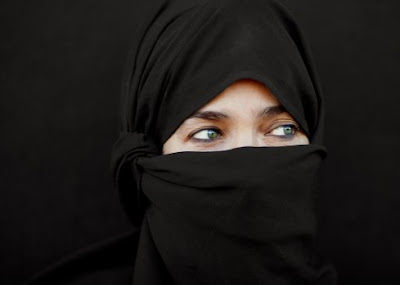 Alright, where do I start?
First, on inheritance, please refer to this article by a Muslim cosmologist talking in numbers and fact on how, on many occasions. Women in Islam inherit more than men. This is a person who understand the language of numbers more than anyone else.

Next regarding the testimony of women. It's not a general term. Women's testimony can be worth more than two men in areas they're familiar with and know.

The story of Aisha continues to be brought up not as a proof of anything but how different the world was back then. If we learn anything from it. It would be that there's a lower age for marriage. And 9 isn't it. It's at least puberty, but NOT less. That's the real lesson here.

I find this article to be extremely shallow and riddled with ulterior motives not to really relate to democracy or women rights, but more towards smearing Islam. When the author is obviously biased on many areas and takes certain areas out of context and single interpretation (that is usually the bad one) over all others.

I'm not aiming at making a comment on this specific post.
I just want to say thank you for blog!

I've been reading it since March 2008 and it's always been very insightful and right to the point!

Mr. Qwaider, if you think the post is biased then why not give us more then just a hint regarding inheritance? Why not go through the text and demonstrate, point by point, that unequal treatment of women isn't actually unfair in the Muslim religion? Or more precisely on Muslim countries where religion is law (I don't want to start a religious discussion, I merely interested in the way people live and are treated in their countries).

The link you gave us only states that in some special circumstances women can get the same (or more) money as men, but you can't honestly state that this is the majority of cases. On the argument that it's excepted that men provide for women and therefore have to receive more, the contra-argument is quite simple: if you don't change the distribution of inheritance you are preventing the possibility of monetary emancipation of women, and the possibility of change in that dependence that you are accusing women of feeding on.

Finally regarding your comparison to British law, it's not a valid argument to say, as others are worst, then mine it's ok! You can use other countries - Portugal for instance - where is mandatory by law that the husband/wife of the deceased gets 50% and the sons and daughters get the other 50% equally distributed (and in the absence of those it goes to the next of kins). What then?

[Actually I prefer British law, because, if it's Your money you should give it to whom you prefer, or even better, you shouldn't give it to anyone in specific, you should return to the comunity, but ok this is off-topic]

I will not comment on the specific issues you raise as I dont claim to know enough on Islamic law to intefere in this debate.I will leave it to Dr Elie Hadje to respond.

But from my perspective as having agreed to publish the article, I think you are a bit quick to accuse him of smearing Islam. This is in no way apparent in the tone or words he uses. The man after all is entitled to his opinions.

And your reaction opens another important debate. Will it ever be acceptable to discuss, criticize or indeed disagree with religon and its principles in the Arab world?

@Stipouff
Actually, it's not in few occasions. It has been documented that women will inherit more than men in 18 cases while men more in 14. I can get you a full list of such occasions.
But the whole notion of Men and Women is really a very open case. It really doesn't have any definition in this case.
Let’s take a simple case:
A Man dies, he has a daughter and a wife. A brother and a father. Who gets what?

In the case of siblings, a brother takes double what his sister takes. But the daughter takes more than her father or grandfather or uncle. So these are not "trivial" or isolated cases when women inherit more.

In Islam, women are not obligated to provide for themselves or their families. Even if they have money to support themselves. And a sister that inherits half what her brother inherited has "rights" in his money. These "rights" can be taken out against his will by the Islamic law

Most people who are opposing such things mostly don't even know for sure what it is that they're against. It's not an absolute rule that women inherit less. Besides the father has the option to leave a will where his daughters/wife/mother/sister can inherit as much as or more than any other male in the family.

Finally, if a Man dies, and all he has is a wife, she gets everything, not 50%. 100% of Everything. The government has no claim over anything he left.

The Islamic laws of Inheritance have never been the target of improvement in history because they are very fair to everyone. Now more than ever.

So someone decided to give the wife 50% in Portugal, based on what? Why? How? Did it achieve social justice? It appears to be just an arbitrary number that came out of nowhere! In that sense, 40 is equally as good, 60, 70 .. all the same!

@Joseph
The article for anyone who has basic knowledge of Islam and these specific issues is very clearly shallow and takes the "want fame in the west" lane on the bash Islam highway. Reform is very much needed. But this is not the goal of this very shallow and superficial look at very deep issues.

Maybe I'll post something about these matters soon. But I would like to assure you, that my comment isn't targeting or opposing freedom of speech or against reform in anyway. It's against taking deep issues and treating them in a shallow way in what appears to be a cheap shot against Islam for the sake of pleasing the west.

Again, not everything that Islam came with is purely unacceptable in this day and age. In fact, a moderate, neutral examiner will discover so much merit in what Islamic sharia law provides.

Funny how we find such positive points in Hammurabi’s law, and just appear to focus on the most negative and "dated" pieces of the Islamic law

Muslims should know that according to the real Islam any person has the right to draw the prophet Mohamad and even to critize the islami and the muslim. So the Danish and others chrtistians are not guilty.
You can read an important article:

The Islamic Legality of The Fitna Film & To Draw Mohammad

Anonymous. You tried to post that junk several times before on my blog, and I didn't allow you because it's utter and complete nonsense.

Entrepreneurship is an crucial parts of Islamic religion, Typically the Muslim business people are „khalifah‟ and have the tasks to develop affluence and perceives business in „ibadah‟ or maybe good behavior. In Islamic, the activity generally known as Ibadah -or good act. Position involving Entrepreneurship along with business throughout Islam rapid encouraged for you to venture straight into business. Psychic Muhammad FOUND expounded in which 9 out and about 10 options for sustenance are generally through organization. Muslim Entrepreneurship business setup.