“Middle of what? Middle to whom?” 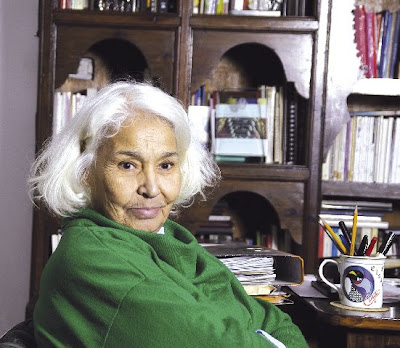 I liked the Alfred Dreyfus comparison with the present ban in French public schools. Very true! I admire Saadawi for her work.

Thanks for this well referenced and well written contribution.

I agree with you that 'liberal' elites in the Arab world an other conservative societies tend to adopt the same patronising discourse that they condemn in the former colonialist powers.(As clearly exemplified by the title)

What I am less clear on is the 'rational' attitude that you claim to oppose to hers on the veil issue.

You say: 'You judge a law on its concrete, practical, ethical consequences for the citizens of the society in which this law has been promulgated'. But beyond repeating the message that was circulated by conservatives and religious Muslim figures even before the law was enacted you don't tell us what the consequences were.

on another note the KKK is far from being pro-Catholic. It is a pure product of the WASP (White Anglo-Saxon Protestant) delusion of superiority, which views Catholics on a par with Jews and people of colour.

Thanks for your nice remarks, and challenging questions.

I was not referring to any of the Muslim figures you mentioned actually.
My judgement about the law is not based on any religious principles other people - or myself - may have.

I'm judging this law on the concrete effects of its concrete implement, not on its "spirit" or whatever ideal. I don't have the power to judge the legislators on their intentions - unlike what many defenders of the law did. So I judge it on the consequences, on what actually happens.

Concretely, the effect of this law was to expel children from schools.
More precisely girls, that's why I'm saying it's an antifeminist law.

Ok, let's say now that all these girls were forced to wear hijab (which was definitely not true in most cases - Alma and Lyla's dad is Jewish and their mom agnostic... ) still, let's imagine these girls are all victims. Well, even in this case, I'm not sure the best solution would have been to send them back in their houses, and to prevent them from having a school education.

Finally, one of the most interesting consequence of this law was the consensus it created among French politicians. It ironically echoed with the definition Miguel Abensour gave of the democracy - a "dissensual place".

But no dissension about this law in French democracy.
On the contrary, it allowed many feminists and most of the Left to free altogether (with ultra-nationalists) their prejudices against some French citizens they don't really want, in fact, to accept as equals - in the name of modernity and secularism.

I am not in support of the law and agree with you that the French Republic dealt with the whole issue in a very simplistic fashion.

On the other hand the British model of multiculturalism has also failed in many instances to offer Muslim girls and boys options. Since by accepting that their religious identity trumped all others they were expected to behave according to the rules of their own 'community'.

There is no easy answer to this but as a secularist I believe that young people should be offered the option to reject (as well as accept) their elders social/religious values if they choose to. It is the state's role to facilitate that process.