Mixing Alcohol and Politics: The Boycott of TSC Sultan 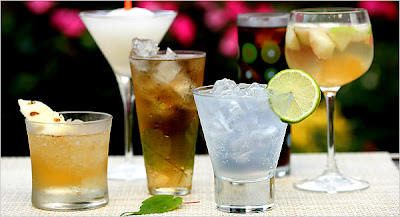 Activism is back! The free people of Lebanon have forced TSC Sultan, the Kuwaiti group which acquired Monoprix and related retail outlets to sell alcohol in full public view. This must be one of the oddest campaigns I have heard of. A campaign to facilitate access to alcohol at a time where developed countries are looking for ways to encourage responsible limited drinking. I don’t have a problem with alcohol. I love nothing better than a nice glass of white wine to accompany my Syiadiye, an Almaza to wash down the peanuts or a Cuba Libre to go with my nachos. Alcohol is and will always be part and parcel of my social life. On the other hand I am very uncomfortable with the massive hysteria displayed by some Lebanese against what can be best described as a silly decision by an Arab Conservative establishment to position their alcohol beverages in an awkward corner of their stores. While the Kuwaitis showed complete lack of business sense, for reasons that I can only speculate on; the Lebanese (Christians mostly) behaved as if their entire existence depended on how prominently their Sauvignon Blanc was displayed on supermarket shelves. Faced with a fledgling democracy, a corrupt political elite, lack of opportunities and dependence on these same Gulf Arabs for employment and investment they choose to fight for their right to get drunk. Is it conceivable that this was the first step towards banning alcohol altogether and enforcing the veil when the Beirut nightlife rivals Miami in hedonism and booziness? Well, yes! According to the conspiracy theorists behind the Facebook group which gathered thousands of supporters in a matter of days. And this was not all. Apparently ‘brands of Pork products are limited’. Scary! A more militant group even advocates the broadening of the boycott to include (quote unquote):

● BOYCOTT " Dekkané " a store that just opened in Achrafieh, for not selling alcohol or pork.

● BOYCOTT " Pain d'or " because it doesn't serve alcohol or ham.

● BOYCOTT :" Burger king " for withdrawing bacon from it's menu .

● BOYCOTT : "Mac Donald's " for not serving bacon while doing so in other countries.

● BOYCOTT :" Spinneys Tripoli " for selling alcohol in a different and specific area.

● BOYCOTT : " Dunkin donuts " for not serving bacon although they do worldwide.

● BOYCOTT : " COOP broumana " , it has a seperate section for alcohol with a seperate cashier

Originally I thought this a spoof of some sort, then I heard rumours that distributors and related business interests were behind the initial move to boycott. Others have mentioned that some political movements were feeding into the hype for electoral reasons. Whatever the mechanism, a move to boycott is a political statement and is disproportionate in this context. It would have been wiser to highlight this issue in the media and rather leave it to the customers to vote with their feet. Given it a political and existential dimension only serves those who have still to benefit from the ghetto mentality that remains unshakable among Lebanese Christians. The net result is a false solidarity and a misplaced victory for the bigots running our country. Bacardi will not preserve your way of life and Johnny Walker will not bring back Lebanon‘s glory days. I strongly suggest you look for your redemption elsewhere!

Only in Lebanon! that a bag of nuts can be a political Argument, when colours become statments and when names are restrictions...

In other words... As a good friend of mine told me:

"I wish we can all rallye for a better cause affecting our lives
other than where and how our bottle of whisky!

As a regular customer at TSC I was shocked to find alcohol hidden behind a wall, with a different cashier desk. I found that unacceptable. I just stopped going there, talked about it to friends and encouraged them not to do their shopping untill thing changed.

I don't think that was a political statement as much as I felt someone was trying to impose on me a way of living.Moreover,as we've had such an experience with Goodies I felt obligated to try and change at least something small in my life.

When finally tne administration changed its mind, I felt highly relieved. I'm very happy to go back there.
I can't change my corrupted politicians, can't create more job opportunities nor impose a better democracy.
Boycotting TSC made me feel that maybe I've helped preserve some of my freedom of choice so that you and others can wash down your siyadiyeh with an Almaza.

You mean they haven't marched on to the Kuwaiti Embassy and attempted to break in violently! They have not attacked mosques?

The nerve of the drunken ghetto drama queens...boycotting...as a sign of protest.

Why the defeatist attitude. When you and friends have casually managed to gather thousands of angry citizens to bring the beer back to the front, surely you can move to bigger and greater things.

A few simple recommendations:
-Civil Marriage
-The right of women to give the Lebanese citizenship to her children
-A quota for women in Parliament (Even Kuwait is making progress)
-A social security system worth the title
- Decriminalising homosexuality
-The Right for expats to vote at embassies.

Next time you hear of someone making a worthwhile effort to help Lebanon join the 21st century, remember to speak to your friends again. The Almaza will be on the house.

In the competition on who overreacts to insults/attacks on their sect/religion boycotting is more acceptable. First prize for misbehaving goes to Sunni fundamentalists in pyjamas. Second prize to bored Middle Class Christians.

You would agree that primitive tribal behaviour is unhelpful generally?

Just for the record, that I shop regularly at TSC - Verdun (concorde center), and since they acquired monoprix, alcohol beverages were not relocated, they stayed at their place and no different cashier desk.

But I have to agree with Joseph and the "defeatist attitude", whenever you stop thinking that you have the possibility and power to change, it would be very easy to impose on you anything from how to buy alcohol from a supermarket to corrupt politicians and administration, to the basic rights of humanity...