The fight is no more one 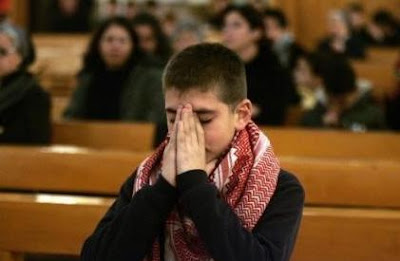 In October 2008, Syrian Foreign minister Waleed Moallem visited London where he held meetings with the British officials and voiced certain opinions on the Israeli Syrian negotiations. In an interview on one of the satellite stations he announced that the indirect negotiations between the two countries had reached a crucial point, and that Syria had received a commitment from Israel to retreat to the 4th of June 1967 borders. A commitment similar to Rabin’s promise in a previous round of negotiations. Moallem also noted that the Israelis had been informed by the Turkish mediator of the UN documents which specify the borders of the 4th of June line; an essential point according to him.
More intriguing was his answer to a question about the possibility of an agreement between the two countries, regardless of a comprehensive regional peace that would resolve the Palestinian issue. He literarily said that this was a possibility in the event of a successful outcome for the ongoing negotiations.
How does that translate politically for the Syrian regime? It simply means that it is backtracking on its previous commitment to the principles emerging from the 1991 Conference in Madrid but also the foundations of Syrian diplomacy for the past 40 years, in accordance with the Baath party ideological speech and the statements of the National Progressive Front. These same foundations, which consider a fair and comprehensive peace the only satisfactory option, were used in the criticism of past Bilateral agreements between Israel and Egypt at Camp David, and the ones that followed at Oslo and Wadi Araba with the Palestinians and Jordanians.
In practice, Moallem’s statement means Syria could sign a peace treaty with Israel in return for the Golan Heights even if the independent Palestinian state remains a fantasy, if the Palestinian refugees never return, and if East Jerusalem is engulfed in a Greater Jewish Capital.
Hence who follows the developments of the Syrian position finds that they have been consistent in their demand to recover the whole of the Golan Heights, but have reneged the basis of the negotiation techniques that Damascus adopted for decades. There is no ambiguity about this speech, and I will not speculate on whether the Syrians are stating their true intentions. But it is no doubt a curious complexity in the position of the Iranian and Syrian axis and their allies. It seems that the resistance speech heard in Beirut, Damascus and Tehran aims essentially at the return of the Golan, occupied in the war to free Palestine. The Baathists relied on that same speech to reach power in Syria. There is also possibly a hidden contradiction between Teheran and Damascus on the best way to approach the Arab-Israeli conflict including the negotiations.
If there is no contradiction but cooperation and complementation, then a number of important questions require consideration: what do the protestors want from Palestine, since they do not mind signing a peace agreement with Israel regardless of whether the Palestinian issue is resolved or not? Why do they insist on keeping an active front in Lebanon? Why not reopen the old fronts with Israel if they sincerely wish to continue the struggle? And finally why do they consider that the missiles are the optimal method of resistance but never use their own rocket batteries that are more efficient than the Kassams, the Grads and other Katiushas?
But if the Syrians and Iranians disagree on the outlook for the conflict with Israel, and if Iran has broader targets than only reaching a just solution for the Palestinians, then what are they? It is to eliminate Israel from existence, in the name of a fight against imperialism? It has so far refrained from engaging foreign troops in Iraq and Afghanistan, with which it shares common borders? In fact, it barely resisted the occupation of these two countries in the first place, while foreign presence is likely to threaten Iranian security.
Perhaps these are simple and naïve questions but the answers are in the hands of the Palestinians who have to think twice about the call for a united fight against a mutual enemy launched by the protesting regimes … The fight is not one, and neither are the rules of engagement. Over the past 25 years we have only seen the blood of the Palestinians and the Lebanese being shed in the name of this common. So enough lies.

The Title should be: Has the fight ever been one? Going back even before 1948 Arab regimes have always supported the Palestinian cause halfheartedly. They sent their badly equipped, badly led troops to a certain defeat in 1948 and have been consistent in their ambivalence towards the Palestinians.

They Syrians had so far fared better than the rest in camouflaging their lack of enthusiasm...now it seems they ae coming out of the closet.