When 400=4: The Mathematics of Israeli propaganda 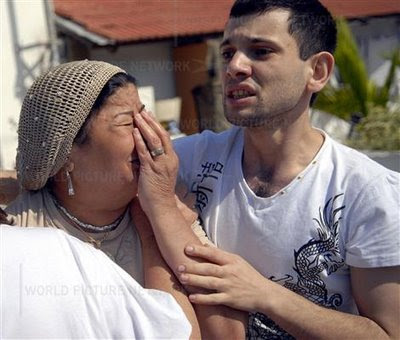 The Israeli onslaught on Gaza is the latest example of the type of asymmetrical warfare that has characterised armed conflicts over the past 20 years, specifically those involving a Western Military Power. In many ways, the fire-fight with Hamas is a repeat of the 2006 war with the Hezbollah on Lebanese soil: Large scale artillery strikes from the air, sea and ground followed by an invasive ground offensive that is all but certain in the Gaza case. The asymmetry is apparent in the military resources, manpower, technological advances and intelligence available to both parties but also in the collateral human cost. In 2006, Israel lost 158 citizens, most of them soldiers on duty. On the Lebanese side the estimated toll was between 1000- 1300, the majority of which were civilians (30% children under 13 according to UNICEF sources).During this latest round of fighting the Palestinians have suffered around 440 mortal casualties (25% civilians according to the UN) in 8 days while Israel have reported the death of 4 civilians from rockets fired on Israeli towns from Sderot to Ashdod and beyond. Despite the discrepancy in numbers and the extent of the devastation on the Palestinian side, foreign commentators felt it their duty to provide a balanced view of the conflict, against all odds. This effort to avoid being accused of biased generates some heroic attempts to equate the impact of the conflict on both sides. To bolster their case, the Israelis had to come up with alternatives to combat the flood of images coming out of Gaza showing torn limbs, dead babies and bleeding corpses scattered around a parking lot. Despite the efforts of official medias to sanitise the war for their sensitive audiences through a ban on gore and blood, the availability of alternative sources of information and the cyber activism of Palestinians and their supporters have ensured that the reality of the war is still accessed by a significant number of people who make up mainstream opinion in the West. Although many would argue that International sympathy for the Palestinians is yet to protect them or advance their cause, there is little doubt that without it the Israelis would have carried out their fantasies of apartheid at a faster pace. Israel anyway is concerned about its image, and the Zionist lobby has promptly risen to the rescue recycling old myths and creating new ones with the aim to perpetuate the overarching myth of the Israeli David vs. the Arab Goliath on which it relies to remind Europe of its guilt and responsibility towards the Jewish people.

In this optic, the internal racist anti-Arab discourse is kept under wrap. Another one emerges on the blogosphere and in the media, in which Israelis claim ‘never to have disliked Arabs’ as if this century old conflict was a popularity contest and the IDF’s intention was to bomb Gaza into friendship. On the other hand, Arabs are portrayed as full of unexplained hatred towards Jews. Paralleling that we are confronted to a deliberate almost orchestrated emphasis on psychological trauma experienced by the Israeli side. Without minimising the impact of any loss on indiviudals, the theory is that in the absence of fatalities, ‘stress’ generated by the Kassam rockets and the existence of the Palestinians in the first place is equivalent to the carpet bombings of entire villages (Bint Jbeil) and crowded slums (Rafah). So the average British or French spectator is invited to connect with the plight of the nice middle class family in Siderot who lives under constant threat from rocket attacks. The nice family is carefully chosen to hail from some European country and frequently retaining some of the habits of that country facilitating the process of identification. The personal stories seem familiar, the dog, the family dinner, and the blue eyed children; all in contrast with the portrayed lives of the poor Palestinian living his refuge in overcrowded noisy dwellings. Western audiences have little in common, at least superficially with these families and as a consequences struggle to feel their pain and empathise with their suffering beyond the basic human short-lived reflex. In fact, their plight is even used against them, as they seem to revel in it encouraged by the militant rhetoric emanating from radicals who praise and glorify pain to boost morale. For Westerners, these words are difficult to contextualise except through their own experience of the effect of Muslim martyrdom. But unlike Hamas, those who are actually interested in a solution for the Palestinians cannot ignore Western public opinion and should cultivate it to understand the Palestinian perspective beyond self-serving pity. To counter Israeli propaganda, a revised communication strategy is more vital now then ever before.

Excellent piece of writing. The media is a very tricky one and especially with selective broadcasting, which real-time images are showed, what standpoint is more featured and how fairly so, and simply the terminology used, which could be quite tricky especially to audiences that have available to them and/or are acquainted with one or a certain kind of news source.

Though I have a problem with your interpretation of Western audiences as showing compassion that could be merely described as skin-deep. I'm guessing you're just typecasting. In England, there is a profound and driven public voice (lots of blonds and blue eyes) that has fiercely condemned the Israeli war machine, especially in the recent demonstrations in protest of what's been happening in Gaza. I speak of England as I have been living there so I could speak of what I know/see/experience and that would be a widespread compassion with the Palestinian people. But, also we have seen many rallies in objection to the Israeli assault all over the world too.

I think, at the moment, the problem isn't the Western or Arab audiences as much as it is in the hands of the political giants... as it always has been.

Thanks for your comment.
I agree that I might be too easily typecasting by trying to get the point across in such a small article when the issue is much more complex.

I am not being judgmental of western audiences as much as I am pointing to unconscious processes in the way any audience responds to the suffering of other human beings.

This doesnt only apply to the Palestinian-Israeli conflict.I noticed this following the Tsunami in 2004 and the earthquake in Pakistan. You could argue that the absence of Western deaths in the latter triggered a different reaction from the public.

As I point out in my conclusion, International public opinion is important and the efforts of people in England and everywhere else wil no doubt have an impact on the resolution of this disastrous situation.

I agree with poshlemon, an excellent piece of writing.

I think palestine campaigners underestimate just how much israel values public/international opinion and rarely work it to their advantage. Didnt israel mobilise their pr machine as part of their offensive on gaza?

Unfortnatley in gaza they NEED to glorify pain and martydrom, how else can you make it through such an ordeal? I guess it is up to us, well those of us in the west, to translate this attitude into more western terms.

I just want to know how this will all end?